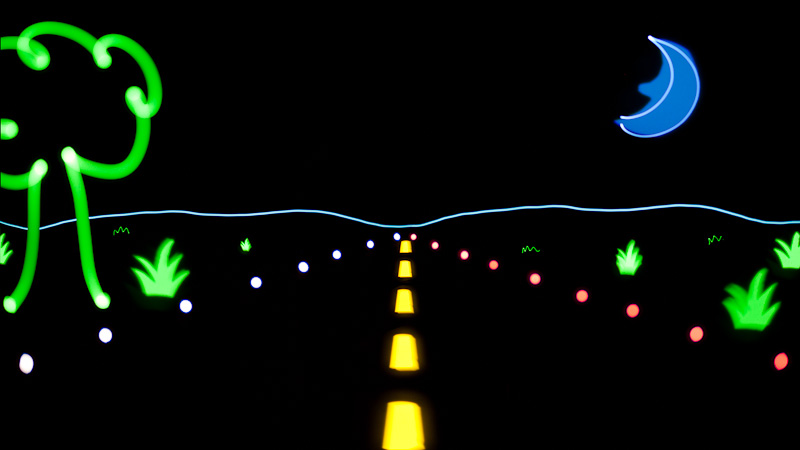 Project 52, week 15: Infinity. This week’s subject gave me this idea of setting my camera’s focus to infinity and then play around with custom bokeh to create a sense of depth. I usually associate the word infinity with perspective lines leading to a vanishing point, which gave me the idea for the scene. The road, grass and moon were made with bokeh templates cut out of cardboard. The other elements were lightpainted.

The final image turned out a bit more childish than I had in mind, but I kind of like it. Each colour (except green) was shot in a single separate exposure. It took a bit more postprocessing than I wanted, but it’s damn near impossible to draw straight lines with a flashlight. 🙂