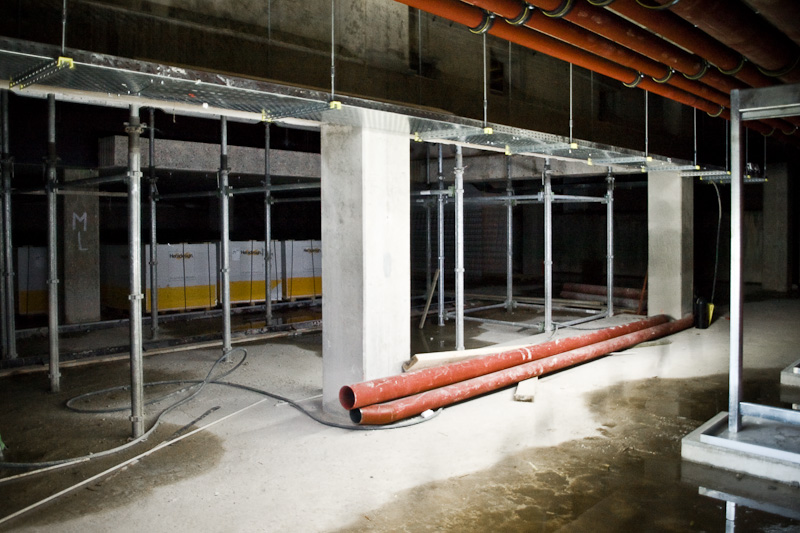 Taken at night in the basement of a large building under construction, this photo was lit using a flashlight with a single power LED with the reflector (the shiny part that focuses the light) screwed off — this gives a nice point source of nearly-white light. A friend of mine walked past the camera with the flashlight, while shielding the camera from it (so as to prevent it from shining directly into the lens). This effectively creates a light source that is very large in dimension and thus removes any ‘hard’ shadows, which gives the photo a kind of ethereal atmosphere.
We did all kinds of long-exposure experiments that night, such as ‘painting in’ scenes by illuminating different parts of them with flashlights, or using moving light sources. It was good fun and I plan on doing it again sometime!