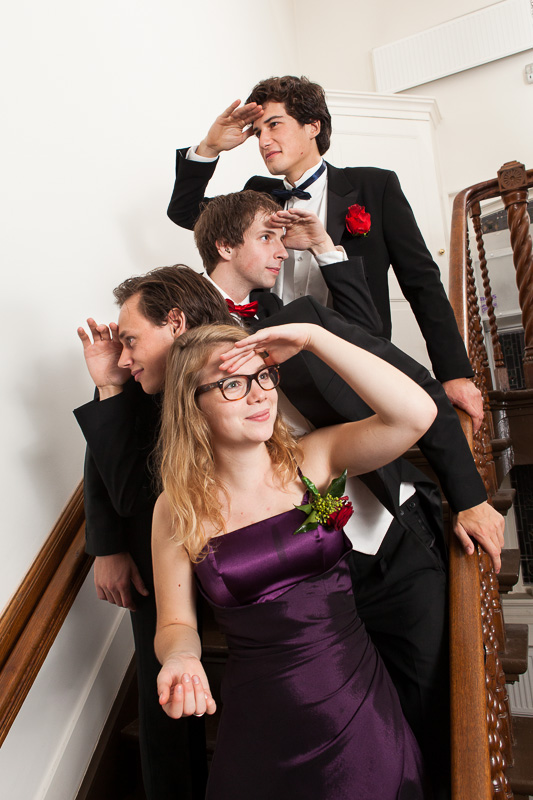 Since my Project 52 photo will be a bit later this week, here’s another photo to keep you occupied. It was taken during a prom organised by student ice skating club Skeuvel. These are p52.nl’s Arno and his fellow former club presidents. They clearly each have their own distinct vision. 😉

The light setup we used for the formal portraits (and the less formal like this one) was pretty straightforward: one umbrella camera right, one umbrella behind subjects to the right, one flash firing up into the staircase. I had some fun giving the ‘models’ tips on how to pose. 🙂