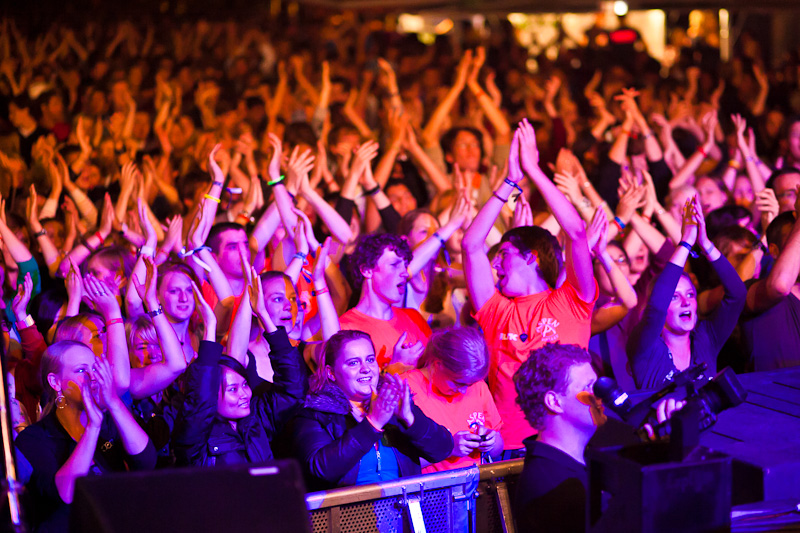 This year I joined the photography team for the University of Twente’s Kick-In again. Since I have a full-time job, I could only really join them in the evenings, but I still had lots of fun! During the concert at the Oude Markt in Enschede, a few of us got to take pictures from backstage, and I was lucky enough to be one of them. I took this picture from the stage during the gig given by the Crazy Pianos. It was used the next day on the front cover of the Kick-In’s own newspaper, the Break-In (Edition 6, Th 26 August 2010).