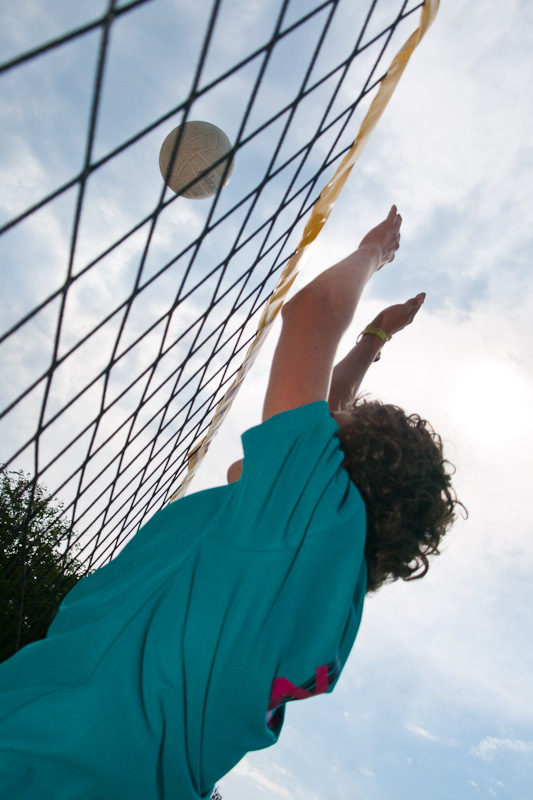 This photo was taken during 2009’s freshman introduction period at the University of Twente (the same kind of introduction period as ‘Turbulence‘ and ‘Strip!‘, only one year later). On this particular day, all kinds of sporting events were organised by ways of team-building among the freshmen. A great opportunity for me and the other photographers in the media team to practice our sports photography skills.

For this photo, I took position under the net and basically just pointed my camera at anything that moved. At a certain point, I didn’t even use my viewfinder anymore, but instead just guessed where exactly to point my camera and relied on the autofocus system to keep up. My E-510’s AF system (which can be quite sluggish sometimes) struggled, but I did manage to get some nice “in your face”, “middle of the action” shots.