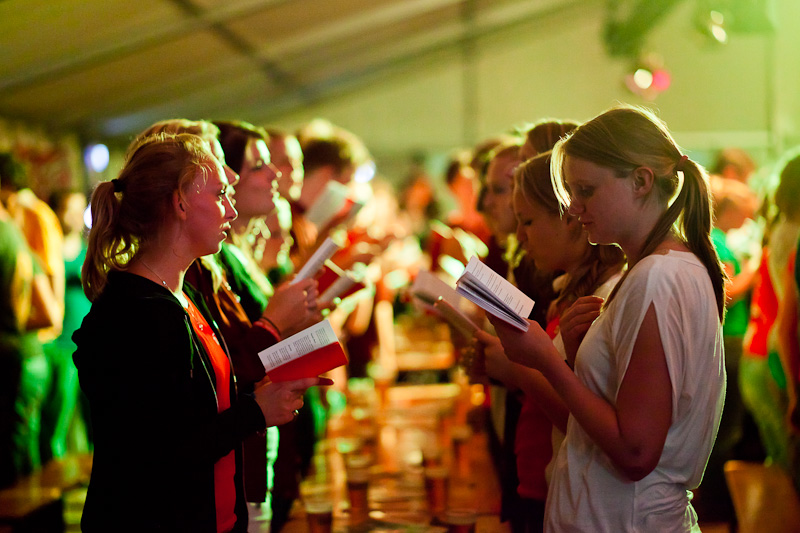 I had the privilege of having one of my photos appear on the cover of Break-In magazine (the Kick-In‘s daily newspaper) again this year. This is it, and it appeared on Break-In 2011 nr 4. It was taken during the cantus, which is basically a sing-along with some humiliation and a lot of beer thrown in.